There are minimalist movie posters springing up all over the web, and there have been alternate versions for a while now. But what Olly Moss has created for Rolling Roadshow’s We Are All Workers (check out the embedded clip) film series is hands down the best I’ve seen. I mean, seriously, just look at these. 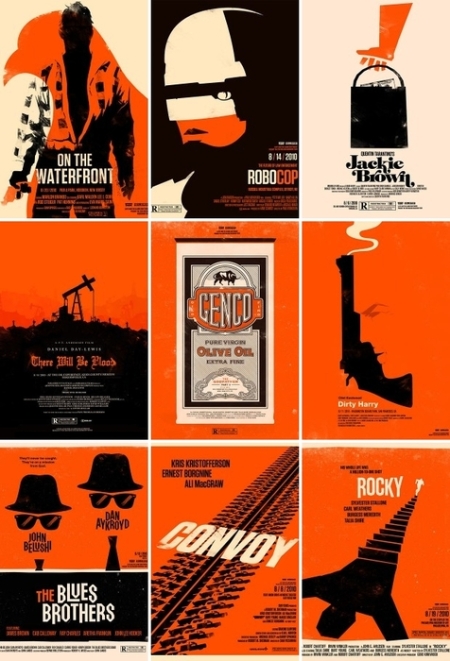 Personal favorites: On the Waterfront, There Will Be Blood, and Rocky. But they’re all superb. And that film series looks amazing, too. Imagine watching The Godfather Part II on the rooftops where Vito stalked his first hit, or The Blues Brothers outside of Joliet Prison.

via The Daily What

This entry was posted on Saturday, July 31st, 2010 at 8:40 pm and is filed under Poster. You can follow any responses to this entry through the RSS 2.0 feed. You can leave a response, or trackback from your own site.